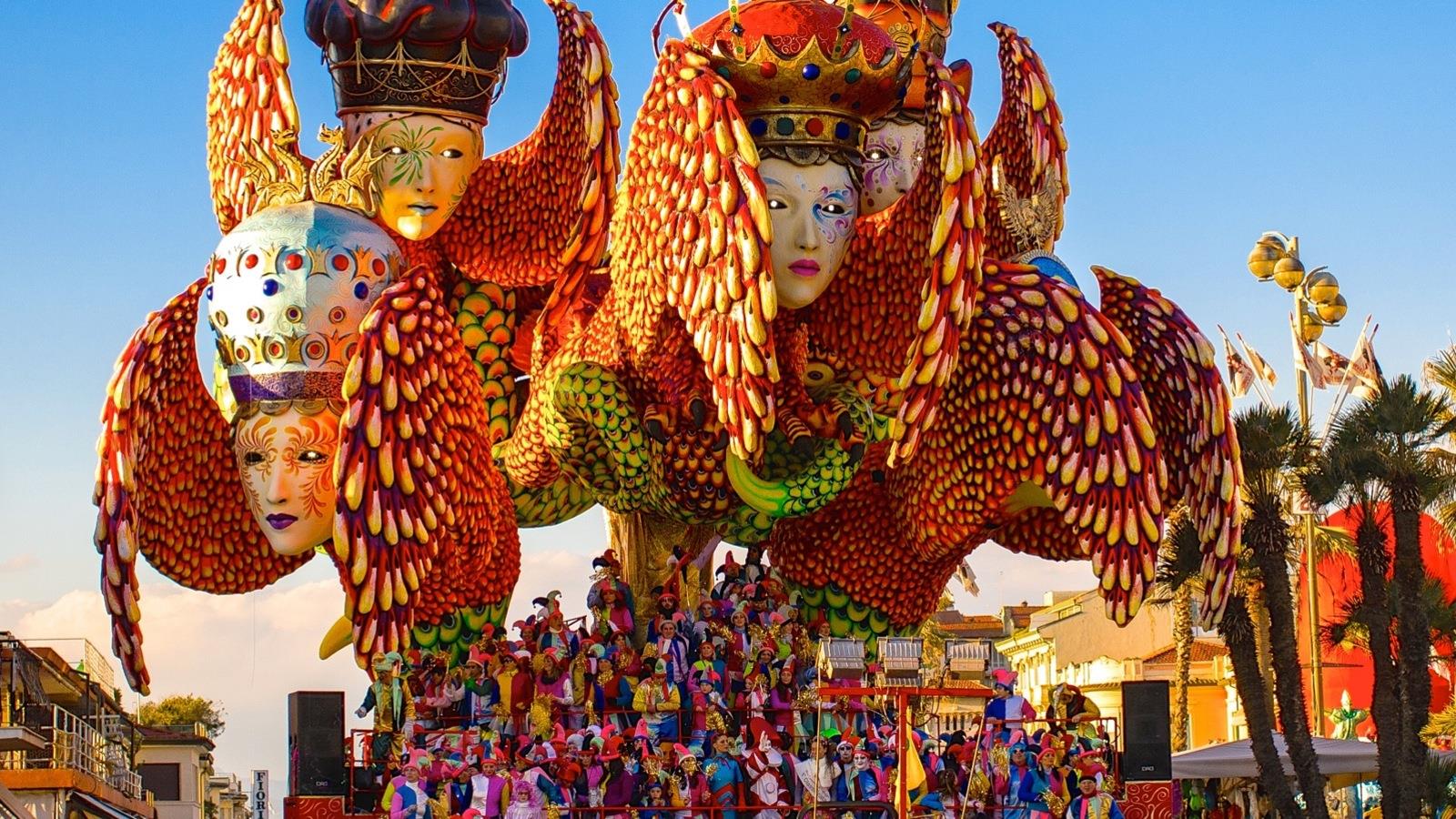 I had always wanted to go to Viareggio, a sleepy seaside town on the west coast of Italy. What better time to go than February, for the annual Carnival parade, a blow-out of extravagant proportions and a perfect antidote to the winter blues. Carnival is always a final fling just before lent; a gorging on costumes, parades, drinking, and revelry. While the precise origins of Carnival are unclear it is generally considered to be a celebration with ancient pagan roots, bacchanalian revelries, where participants wore masks or costumes so they couldn’t be identified and held accountable for their bad behavior. It usually entailed an element of mischief or lawlessness, giant street parties where normally respectable citizens could kick up their heels or even run amok with anonymity. 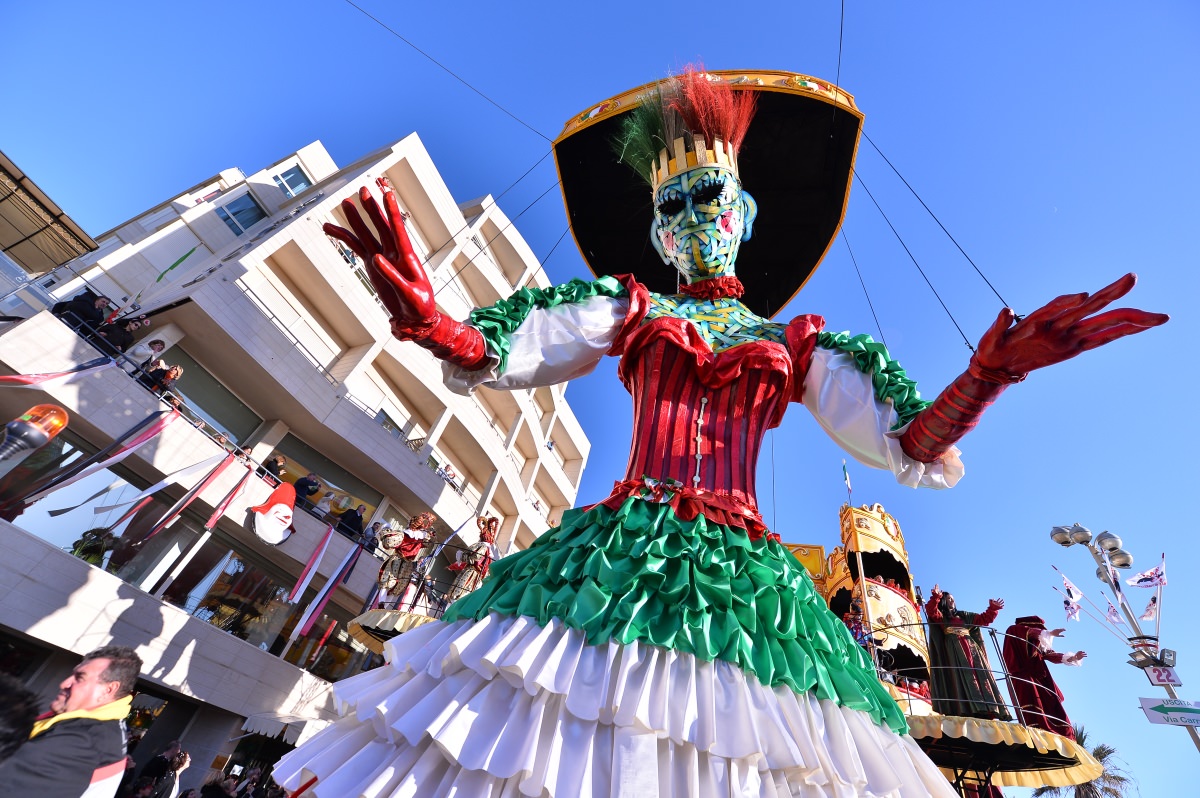 When our trainload of passengers spilled into the streets the party was already in full swing and the streets were rife with monkey-business. As well as the usual carnival fixtures; Ferris wheels, rides, hot-dog stands and vendors selling crazy hats there were people dressed as jesters and harlequins, bands of pirates, entire families of Dalmatians, pregnant nuns holding hands with politicians, the more outrageous the better. But the day is all about the parade.

Gradually the elaborate beasts made their way down the road, blaring music and packed with hundreds of enthusiastic costumed participants, singing and dancing, tossing confetti or blasting the crowd with sprays of silly string – no barriers, no crowd control, nothing to separate spectators from the action. Everyone was part of the parade milling around beneath the towering structures, flowing in and out like waves as the ocean liners pass-through

There will be six Masquerade Courses of the Viareggio 2020 Carnival scheduled from 1 to 25 February. Absolute novelty: the night parade on Thursday 20 February, to celebrate Fat Thursday. This is the new calendar for the 147th year of the Viareggio Carnival.

The Viareggio 2020 Carnival will begin Saturday, February 1 with the inauguration ceremony, the flag-raising ceremony and the first Masked Course. The floats will return to parade on the Viali a Mare on Sunday 9, Saturday 15, Thursday 20, Sunday 23 and Tuesday 25 February for the grand finale with the proclamation of the winners and the pyrotechnic closing show. A crescendo of events, which from Fat Thursday and Shrove Tuesday will create a sort of Carnival “week”.
“For the first time, a Masked Course is scheduled on Fat Thursday – explained the president of the Fondazione Maria Lina Marcucci -. A choice that enriches the program of the celebrations and that will see concentrated in a few days an intense calendar of events, including events, masked courses and evenings at the CarnevalDarsena, which can be a strong tourist attraction for a long weekend in the city”.

“Contact us for more info and for a customized experience in Italy at info@italyluxury.travel“