San Giulio Island: The island of silence and meditation

San Giulio Island is a concentrate of beauty located right in front of the beautiful village of Orta San Giulio, in the north of Italy. It is a small island reachable by boat or speedboat from Orta, it is dominated by the Romanesque Basilica, the Bishop’s Palace and the Benedictine Abbey, with the cloistered nuns inside who are dedicated to various activities, including the preparation of the “bread of St. Giulio”.

It is so perfect that it looks like a painting painted by the wise hands of a painter! In just 275 meters wide and 140 meters long it contains many beauties and manages to enchant from any side you observe it.

According to an ancient legend, in the second half of the 4th century after Christ St. Julius, who fled Greece to escape persecution, he began to erect Christian churches to fight paganism. 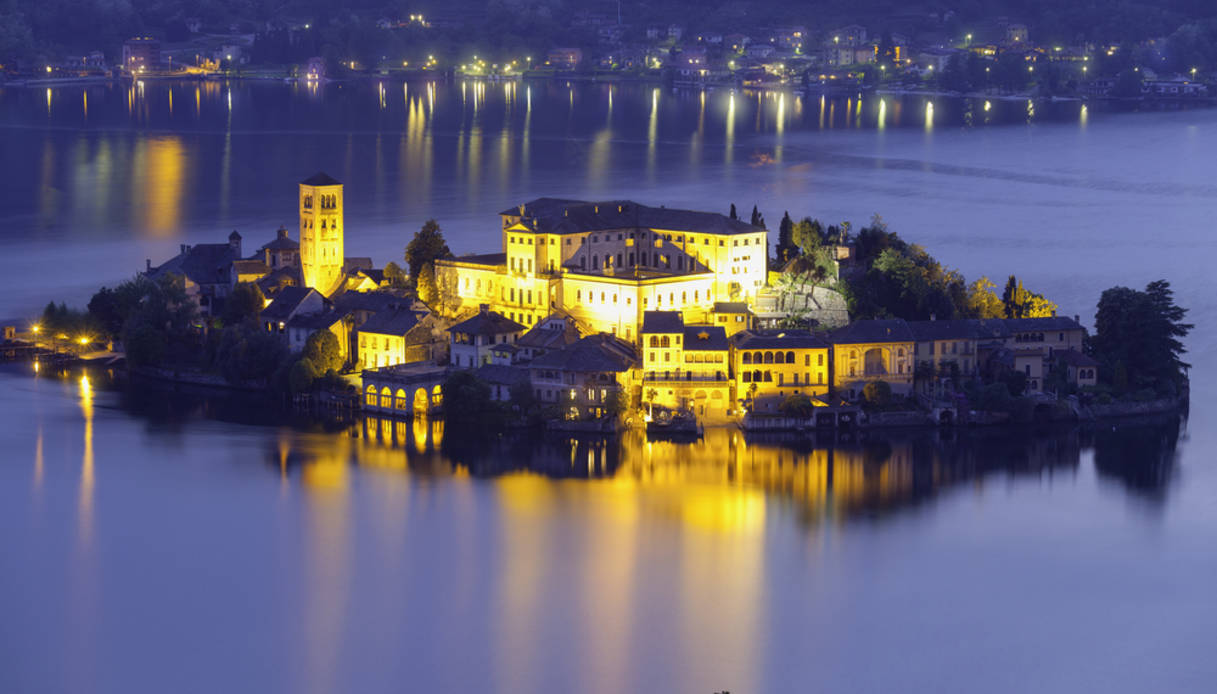 Wanting at all costs to build his hundredth church, he went to the shores of Lake Orta and here, fascinated by the place, he remained to contemplate the island, which, it is said, was then infested with dragons and snakes.The saint, not finding a boat, stretched out his cloak on the water and walking over it reached the island. Driven dragons and snakes with the force of the word, he began to build his hundredth church, in which he was then buried.

Nestled in the silent peace of an island, the Restaurant San Giulio is located in one of the oldest structures present. Typical dishes and specialties of the house are offered in the evocative setting of the hall of the 18th-minute and in the panoramic terrace on the lake. Access to the restaurant is allowed via Basilica or from the lake via the private jetty.

Relais 5 star Luxury on the marvelous shores of Orta lake.Dating back to the late 19th Century, this Moorish style, historic residence has been a private home and over the centuries became an exclusive place of hospitality for poets, nobles and rulers.Today it is a 5-star luxury hotel houses the 2 Michelin-starred restaurant of Chef Antonino Cannavacciuolo

Contact us for more info and a customized experience in Italy at info@italyluxury.travel